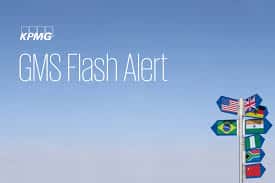 Genevalunch was told by government officials that Switzerland is on its way to set up a tax hotline, especially for US citizens. The main purpose of this hotline is to handle the huge stream of questions when Switzerland and the US will sign the brand new double taxation agreement. There is no update on the opening day of the hotline or any other relevant services from the authority.

On 11th September, the Swiss gave a green signal to sign the agreement to the finance ministry and the foreign ministry. Though nobody can say when will be the agreement signing, the official says that they are presently working on the details. The official also mentioned that the signing can be happening in the very close future.

In a meeting held in Geneva, a senior official from the Swiss Bankers Association mentioned that the expected date of the signing is September 23.

After the signing of the agreement, the contents will be publically available and anyone then will be able to read it. Once the singing is done, the hotline will also start to work by providing assistance to the US tax authority, IRS.

Many are saying that the new agreement will leave many grey areas. People with dual nationality are more concerned about this agreement.

Genevalunch had a conversation with one of the IRS spokespersons about the potential conflict on filing FBAR forms which are meant to be completed by the citizens by October 15. The IRS spokesperson also said that filling up these forms is necessary.