A Swiss firm has been working towards the goal of creating a self-sufficient umbilical cord blood bank that will be available to the general public, specifically those in need. Their aim is to curb the critical scarcity of the essential cords. Umbilical cords are the root of stem cells that are crucial in cancer treatments and other medical problems such as leukaemia. However, due to the lack of awareness of their advantages, only 2 per cent of the cords are saved.

The goal of CordSavings, a firm situated in Monthey, is to create an accessible practice for depositing the units of the stem cells in Switzerland. The firm is developing a new, ethical community-focused biobank in Valais to achieve a safe environment, for distribution to the families in need as well as to the medical department that looks into public health.

With an estimation of 4,000 volunteer donors umbilical blood units stored, the company’s objective is to store as many numbers of samples in Switzerland. Valais does not possess an ordered collection system; thus the umbilical cord and placenta are discarded immediately, even though they serve as a major key for many medical treatments. The shortage in storage has thus resulted in very costly imports to meet the constantly increasing demand of the public. The units can be collected as a form of future investment with respect to the healthcare of the family or for personal purposes. Autologous storage is a form of ensuring the safety of your loved ones by donating to save your own umbilical blood units in case the need arises in the future. The company founder and director – Didier Nouzies expressed his gratitude for Cordsavings as he believes it stands as a response to the battle on multiple grounds.

According to various sources, the amount to deposit umbilical blood units will amount to CHF3,500. Out of the total, part of the money will be invested in a stem cells fund which will allow parents to recover part of the cost.

Cordsavings targets to safeguard each individual by ensuring a community-focused approach for the betterment of multiple generations and its ensured contribution to the medicine of the future.

Get Ready for St Prex Classics Festival on TV Tonight 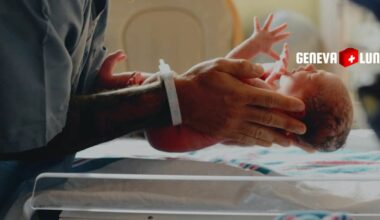