Dealing with Gender Bias in the Workplace

Gender bias is a problem that affects everyone, but it’s especially prevalent in the workplace. This bias manifests itself in different ways, from subtle discrimination to more overt forms of harassment. If you’re experiencing gender bias in the workplace, there are steps you can take to address the issue and improve your working environment. In this article, we’ll discuss some tips on how to deal with gender bias and make sure that you’re getting the treatment you deserve. Gender bias is any form of discrimination or disadvantage against people based on their sex. This includes discrimination against men and women in the workplace, in schools, and elsewhere.

There are many different ways that gender bias can manifest itself. Some common examples include:

There are three main types of gender bias in the workplace: intentional, unintentional, and structural.

Intentional gender bias is when an individual deliberately tries to disadvantage someone based on their gender. This can take many different forms, from making negative comments about women to refusing to promote them or giving them lower pay.

Unintentional gender bias is when an individual subconsciously judges someone differently due to their gender, without necessarily intending to do so. This can include treating female employees less favourably than male employees or not giving them opportunities for promotion. Structural gender bias is when the way roles and responsibilities are distributed in a company or organisation disadvantages women because they are more likely to be in lower-status roles. For instance, women are more likely than men to be in positions that require them to interact with clients or customers, which makes them more vulnerable to discrimination and harassment.

3. How do you identify gender bias in the workplace?

There’s no one answer to this question, as it depends on the specific situation. However, some tips on how to deal with gender bias in the workplace include:

4. How to address and eliminate gender bias in the workplace?

When it comes to addressing and eliminating gender bias in the workplace, there are a few things that you can do. The first step is to be aware of the problem and have a clear understanding of what it is. Once you know what’s going on, you can begin to make changes by implementing policies and procedures that will help eradicate gender bias from your organization. Some common policies that may help to address gender bias in the workplace include:

Therefore, it is essential to not lose hope and rather join an organization which has strong policies regarding the same. How to find one? Visit textmetrics.

Stair Remodel Ideas On A Budget 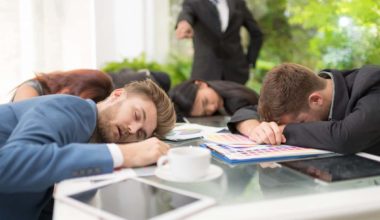 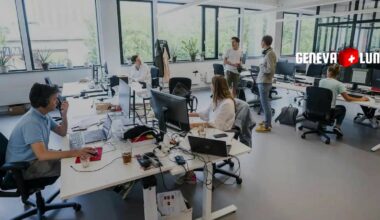 Read More
Table of Contents Hide Benefits Of Having A Flexible Working SpaceAppreciate The Opportunity To Meet People.Vary Your Working…