How To Gamble Online From Florida Legally

Florida, also known as the sunshine state is home to four of the top places to live in the U.S., it’s also home to some of the strangest wagering laws to be found throughout America. In today’s article, we go over how to gamble legally in the state of Florida, the gambling laws, and the future of sports betting in Florida.

How To Gamble Legally In The Sunshine State Currently, sports betting laws in Florida are at a standstill and unfortunately are deemed illegal. So how exactly can one wager legally in a state where it’s deemed illegal? Simply put the only way to gamble legally is through the use of offshore betting sites which operate in a legal loophole. Unfortunately, the timeline to bring online sports betting to Florida is uncertain and the only thing that’s been consistent in the state’s betting laws is the constant delays.

This has left residents frustrated and seeking new methods of enjoying their wagering. Offshore betting sites are able to offer Florida residents sports wagering without fear of being shut down by the state.

So how exactly are they able to operate? Since offshore sites operate outside state jurisdiction they aren’t technically breaking any state laws and simply put is only offering their services to those that wish to bet, likewise, the state cannot deny residents from accessing websites nor punish residents for wagering at an offshore site since the gambling is technically not being done within state lines.

Let’s backtrack to 2010 when the Seminole Tribe received the rights needed to offer all forms of gambling. The Seminole Tribe later pull back from the agreement due to disagreements regarding racinos and left the state without the revenue from said operations in 2019.

A Step Towards Legalisation!

In 2020, Senator Jeff Brandes introduced SB392, a legal bill to legalize sports betting in the sunshine state. This allowed Governor Ron DeSantis to later pick up negotiations with the Seminole Tribe which eventually led to an agreement for the Seminole Tribe to provide retail and online betting.

Legalization A Last or Not?

It turns out the initial bill and agreement made with the Seminole Tribe stated that the tribe was not to offer gaming opportunities outside state lines. In November when the sportsbook has released the agreement came into violation since the bookie was being offered outside state lines which led to the case with West Flagler.

West Flagler won the case and the hard rock sports betting app had to shut down its doors once and for all. Even after several appeals, the Seminole tribe was denied further allowance to continue their operations and sports wagering was once again no more.

What Does The Future Of Sports Betting Look Like? As of right now, the future for sports betting in Florida looks dull, with constant disagreements and back and forth movement. The latest move in the entire situation was D.C. Circuit reopening the tribunal sports betting case.

With no betting referendum to come up in November due to the lack of signatures that were required to move the notion back in February the case for legalization is far behind. Residents have become fed up with the consistent delays and have altered their methods to enjoy sports wagering, leaving the state of Florida in frustration as it loses out on massive revenues to be gained. Since residents are forced to either travel out of state or use offshore sites to gamble they have no state protection. Like most online businesses the online sports wagering industry is subject to scammers. So how exactly can one protect themselves from scammers?

Just like home decorations & renovations can transform a shabby home into a spectacular one, scammers will decorate their scam betting sites in a manner that’s hard to resist. Fear not as there are ways to make sure the site of choice is indeed legit.

Before wagering at said site one should look for a license from an authorized gaming authority. In order for betting sites to achieve such badges, they must endure regular checks that ensure the site is indeed offering fair and transparent gaming. Sites without said licenses should be avoided at all costs.

Similarly one should avoid sites with little to no site encryption such as SSL encryption. Data and personal information should remain strictly between users and gaming sites. In order for the data to remain between the two, encryption must be in place. Without encryption, hackers can easily access your data with a few clicks of a button which can be used in a number of unlawful ways.

What the Gold Smelting Process Actually Looks Like in Practice 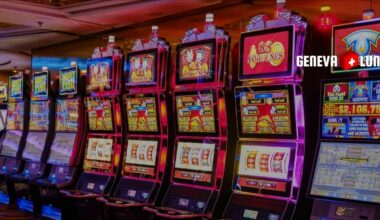 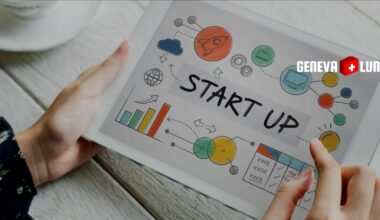 Read More
Table of Contents Hide What Do You Need To Know About The Business From Home?Top 5 Home-Based Business…