Is Online Gaming Ever Completely Secure?

Online gaming in all of its forms is bigger than ever. The number of Counter-Strike: Global Offensive online players is higher now than it was in 2016, according to Statista.

Ad, according to Finances Online, there are around 2.97 billion online gamers in the world this year. This only takes into account video games. There are, of course, other forms of online gaming, namely casino games, puzzles, and such newer entries such as Wordle.

Many of these games, especially ones for tablets and phones, cost nothing to download. Developers rely on other income streams such as advertising, in-game purchases, and loot boxes.

The issue with some of these purchases is that you need to hand over sensitive information. So, the question is, is it safe to do so?

What are the issues with online gaming?

Ecommerce is growing rapidly and is now a multi-trillion dollar industry. Any form of ecommerce, or online transaction, means relaying your information from your device to a server elsewhere.

Thus, there is potentially always a risk that data could be stolen mid-route. There are also data breaches.

Normally, you might expect hackers to go after players’ confidential information. But sometimes they hit the devs instead. Just last year, CNN reported on a hack at Electronic Arts which saw some of their code being stolen. Then there are other risks including swatting or phishing. The former is fortunately not that common but is extremely dangerous. The last one is a very common way for a cybercriminal to try to discover log-in details.

Is it secure to game online?

With the rise of esports betting, more transactions involving gaming are being performed online. This means that more money is being transferred, more financial details are being stored online, and cybercrime is on the rise.

The FBI stated that cybercrime rose during the pandemic. It may be no coincidence that online gaming and ecommerce also surged during this time. Where there is cash involved, there will always be cybercriminals lurking.

Fortunately, most online gaming is secure. The big gaming companies have international standards of encryption for their players. Players themselves, though, have a responsibility themselves not to reveal private details, or to put themselves at risk.

Platforms such as Steam are used by millions, and would generally be considered safe. However, that platform itself has had some issues with attacks.

How common are cyber-attacks?

Some studies have shown that cyber attacks are an incredibly common occurrence. In fact, one study performed by a Clark School showed that there is a cyber attack every 39 seconds.

Indeed, it is believed that around 77,000 accounts on Steam are targeted every month. Then there are all the mobile device games where players add their financial details to such apps as Google Play. Or, online bingo which involves the purchasing of game cards. And of course, online casinos.

Are online casinos an issue?

As a general rule, joining an online casino is a secure and safe activity, and can be fun and enjoyable. They usually run a variety of different casino games, and they are enjoyed by millions, just as CS: GO is.

Just as video gaming saw a huge uptick during the pandemic, so did online casinos. Poker and blackjack became more popular, as brick-and-mortar casinos closed, and people looked for entertainment online.

Online casinos only become an issue when hackers look to target them, or when the operator is unlicensed. Or if the operator is based in a region where betting is against the law.

To ensure that an online casino is safe, you can look on their website for their license and check they are allowed to operate in their location. You can ensure your safety online in other ways too.

How do you know if your platform is secure?

If you are accessing games through a website, then you can look at the URL bar and there should be two indicators that you are safe.

One is that the URL should contain HTTPS instead of merely including HTTP. This shows that the site is encrypted and uses SSL for security. Another thing to look for is a locked padlock icon next to the web address.

If you cannot see both of these, then your website may not be secure. This only matters when playing web-based games. But it is important if those games are online casinos or bingo for instance.

When it comes to online video games and mobile apps, you will generally be putting your trust in the platform itself. However, you can make yourself safer. Can you make yourself safer online?

Some of the risks are server-side and away from your influence. Such attacks as DDoS are more inconvenient for a player than they are a risk.

Other types of attacks are where the problem lies. Cyberbullying is an issue, and the aforementioned swatting has happened more than once. And can literally be fatal.

For online gamers, one of the most annoying things is hackers using cheats and bots. Again, frustrating, but ultimately not dangerous.

It is the other type of hackers that are of concern. These are the ones who are trying actively to find your sensitive data and then use it to gain access to your finances.

You can follow some steps to make yourself more secure online. Using a VPN should be standard, and there are ones that are designed with video gaming in mind.

VPNs should also be used when in an online casino. They help to protect your location, identity and encrypt your data.

Making yourself safer online when gaming requires you to be a little bit more alert. Look at the sites you are using, and check what security they use. You may wonder, what does a secure online casino look like? Well, it should have HTTPS, and it should also state that it is licensed and regulated.

With video gaming, you can make yourself safer by never giving away your personal details to anyone online. Using a VPN. And, only ever using reputable platforms and websites.

3 Errors in Trading Stocks and How to Avoid Them 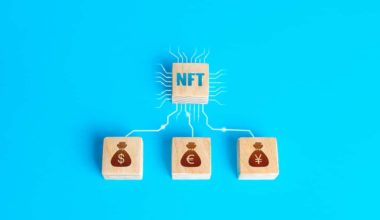