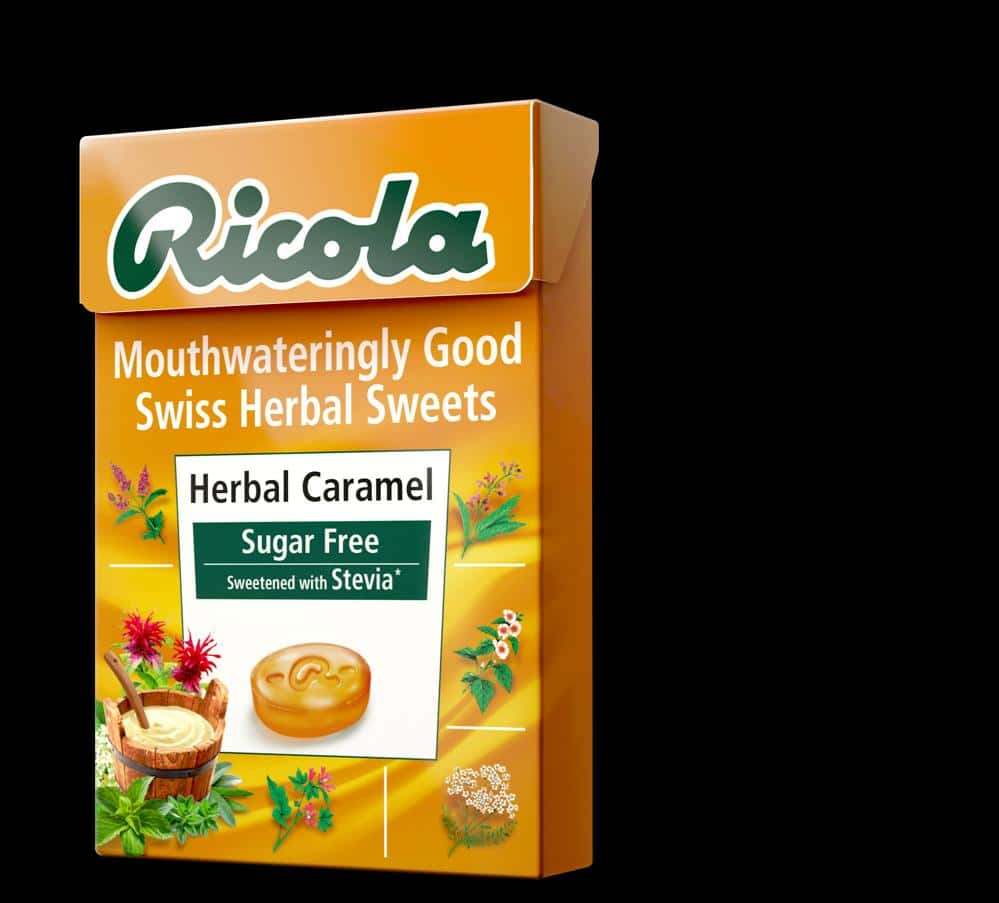 GL – Maurice Masserey fell in love with farming in Somerset, Manitoba, Canada, a long way from the Valais of his father’s family. The 13-year-old, with a Canadian mother and Swiss father, little dreamed he would one day become a key herb farmer for a Swiss candy company. He went to school in English and spent summers on his grandfather’s 900-acre farm. One day his father decided to return to Switzerland.

That was in 1972. Today, Masserey and his wife Marie-Christine grow fields and fields of sage, thyme, melissa, peppermint and other scented herbs for Ricola, a Swiss firm near Basel. They live above Sierre, Valais, in Venthône, and grow their herbs in several fields in the vicinity.

Look at a package of Ricola sage candies and you’ll see Masserey, his wife and two friends picking sage leaves in a beautiful setting in the Alps, with the snow-capped Val d’Anniviers in the background.

The lovely sage field exists, just above the Benou bisse hiking path in Venthône, home to a popular running course every June. If views can add flavour it is not surprising Ricola wants Masserey’s leaves.

The idyllic scene ends there. Masserey is a farmer, an energetic man who works long hours and rarely stops moving. He delivers 10 tons of dried herbs to Ricola a year, making him an important supplier among the 200 farmers that work with the company. He also oversees the local irrigation system, he puts in a few hours a week as a police officer and he and his wife work with the resort of Crans-Montana to offer farm visits and meals to groups.

“I’ve always loved farming,” he says of his main job. “When I came back here I had a hard time because I hadn’t been in school in French.” Farming was a logical solution, so he attended agricultural college and worked for large farmers in Valais, a fruit-growing region. In 1981 he and Christine married, then moved to Canada thinking to work on his grandfather’s farm, a plan that fell through when an uncle agreed to take over the farm.

He and Christine travelled and worked for six months and returned to Switzerland about the time that Ricola decided it wanted herbs from the Valais, in 1982. Today, the cooperative in which Masserey is a member, Valplantes, has 150 growers and it supplies Ricola with 50% of its herbs, Masserey notes.

“They were interested in this area,” he says, “because of the amount of sunshine. Most of the herbs they want, lamiaceae , are Mediterranean and need a lot of sun.” The strip of the Valais that runs uphill above Sierre and Sion is reputed to have Switzerland’s sunniest and driest micro-climate. “Herbs grown here have 10-20% more essential oils, so they calculated that for the same amount of herb they could get more oil.”

Masserey and other farmers have a special relationship with Ricola. The company signs long-term contracts with them as part of its sustainability policy. In return, the cooperatives agree to supply a certain amount of herbs. Valplante’s members are all certified by Bio Suisse as organic farmers and they grow only for the cooperative. New farmers are admitted to the cooperative if and when more are needed, a decision made after overgrowing 5-10 years ago drove prices to unmanageable lows, says Masserey.
The surprising aspect of this relationship is that Swiss herbs cost 4-5 times more than those grown in the European Union, in France and Italy, for example. “Ricola’s turnover is SFr264 million and the herbs cost them less than 1% of that, but all their marketing talks about Swiss herbs. So they’re willing to pay more,” Masserey believes.

The options for other buyers are limited, given the price. Industrial companies like Firmenich and Givaudin need to buy more cheaply and they use chemicals to create many of their scents. Valplantes 10 years ago created one product to provide a small amount of diversification. Fortunately its Bio Alp Tea is successful.

Masserey began with 1.5 hectares of plants, grown on land he rented from an uncle. Today he has more than 35 varieties of plants on 5.5 hectares. “The problem now is finding land,” he says. “Ricola wants us to grow more, so where we have land we want to plant the herbs, of course. But we need to rotate, to let the land rest.” Bio farmers like Masserey use no chemicals and crop rotation is critical to good land management. He tries to plant false hay for two years when the three-to-five year cycle of the herb plants’ lives come to an end, but pressure to use all the land that’s available causes management headaches.
Herb sales provide the family with 70% of their turnover, with the difference coming from Masserrey’s other jobs. In winter he doubles his police shift, reducing the hours in summer in order to cope with the long hours demanded by farming and managing the bisse irrigation system.

The day he was interviewed by GL he had harvested 1.5 tons of herbs in the morning, checked and regulated the solar heating system for a large outdoor drying room of sage, negotiated the water flow with grapegrowers in nearby Salquenen whose vineyards were starting to suffer from the heat. At 17:00 he would go off to work on the irrigation system for the night, the time when farmers are watering. He took a journalist on a tour of the plant garden they keep for show, part of the agricultural tourism they offer. The Massereys take groups of up to 100 on tours of their fields, often followed by raclette cheese meals.

Christine, meanwhile, was supervising a group of children who had come for a day of farm projects that included making felt animals stuffed with potpourri herbs.

The Masserey’s own two young children were keeping busy in the pool on a hot summer day. Christine and Maurice adopted the two boys, one age 11 from Brazil and one age 10 from Romania. The family is planning a trip to Brazil next year, long promised to the older son. The other boy does not want to return to Romania, says his father; he spent the first four years of his life in a crib there and was badly abused.

Maurice Masserey could be called a sage master who adds his knowledge of herb-growing to the Ricola candies. They are surely sweetened in part by a strong dose of hard work the farmer clearly loves, and by a big heart.