The Handy Secrets Of VPNs Businesses Need To Know

It’s natural if you are scratching your head over whether you need a VPN or how to configure it easily on your device. Although this smart tech tool is easy to use, for starters, it can be a maze around terminology, compatibility, and legality.

The common idea of using a VPN is to get anonymous and untraceable access to the tenebrous parts of the internet. But, at the same time, many users think of VPNs as a shield against phishers, hackers, and other cybercriminals, getting access to their sensitive data. The usage of VPNs has vasten from everyday life to business operations, a VPN is a key element to stay safe while you are online.

But sometimes premium VPNs seem to be heavy on your pocket for resolving this, so you can avail the best VPN deals provided by Premium VPNs to ensure your online security.

Cybercriminals also use VPN apps like ExpressVPN since the term can technically mean any private and encrypted link from one device to another connected through the internet. However, this is not sufficient information about what a VPN is used for, what are its abilities or shortcomings, who operates it, or even if it works well.

What entices malpractice on these apps is the idea that it’s impossible to sneak into the info and data that travels inside the encrypted tunnels i.e. safety of your data from cyberthreats, albeit the source and destination addresses are not encrypted. So it’ll always be obvious that a VPN connection is active. That’s the reason why business VPN innovative solutions normally offer expansive security features.

Unfortunately, the marketing pattern can bend towards stellar-sounding claptrap, deliberately to trick top brass into simply running after “the most dependable secure VPNs.”

If you want to make the right call, first, you need to begin by understanding the possibilities of VPNs. After you have figured it out, then start by mixing different features while keeping in view the necessary security obligations.

The key advantage of using a VPN

The most vital advantage of using a VPN app is that you can easily cut down your basic security problems. The gap between establishing a connection of an unsecured system with the internet and the chance of its being hacked is calculated in minutes.

As a matter of fact, a VPN app can help you in two different ways. First, it enables you to terminate malicious connections completely if you establish a general rule only to allow VPN traffic from your system. Second, it also allows you to close down the most common maneuvers by utilizing a borderline system that doesn’t operate on Windows. Implementing these couple of straightforward actions is way less laborious than staying secure against threats and patches to the entirety of your Windows system. It doesn’t imply that the Windows ecosystem is a second-rate entry point for VPNs, or for that matter, even an ineffective firewall. However, it can be used in the best way as a section of a multi-device ecosystem, including firewalls, SSL concentrators, and routers, all functioning in their role of filtering, directing, and organizing the web traffic before it reaches the server.

Furthermore, there’s unquestionably no requirement to utilize it for frequent VPN functions. One aspect that has moved ahead in this technology field over the past decade is the expanding variety of different ways that you can get a VPN. Let us not get stuck with the technology; instead, take it in the shape of a business point of view.

How to deploy a VPN ecosystem in a small business

The most prevalent method to install a VPN ecosystem in a small business is through an obscurely smart network router, with a few small-scale smart features to assist roaming Apple and Windows software clients. Principally, this type of system will perform the fundamental job. However, it’ll probably be using the L2TP/IPsec protocol for tunneling and encryption, which frequently has a detrimental effect on the performance of the internet as the network router finds it difficult to perform all the necessary functions. It is pertinent to mention that there’s no guarantee of keeping adapting to the changes made in the system. Several businesses relying on such systems have encountered unexpected problems owing to system changes made in VPN clients in Windows 10. Theoretically, these changes warrant better security features and more diversity, but outdated routers haven’t been made compatible, and the top recommended fix for this has usually been getting a new one.

Even if the router-enabled VPN that you are using is somehow working, many organizations experience sporadic service (resulting in higher irritation levels in users) due to the fact that the kit then requires to go beyond its capability and isn’t able to cope appropriately with problems. It’s also difficult to test a network router that’s not efficient enough to reliably convey when a hard reset is needed, particularly when your business depends on it.

One feasible solution to address this issue is to transfer your VPN clients to the cloud server, instead of holding them within a box flashing a few misguiding LEDs. However, if you have only a few clients to deal with, this may be excessive. Organizations tend to suppose that it’s the mandatory step when their cheap router begins to encounter problems when in actuality, moving to a comparatively more effective local system could fix their issues in a more cost-efficient way.

5 Strategies To Draw Learners To Your LMS

What Should I Know Before Choosing a Broker? 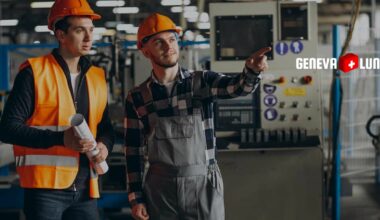 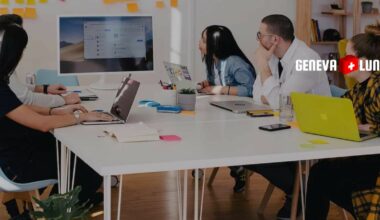 Read More
Table of Contents Hide Why Should You Hire A Dedicated Marketing Agency?1. Better Focus On Running Your Business2.…