VC Investments in Startups in The Baltic Countries

With the global rise of Venture Capital (VC) investments, the Baltic region kept close to international giants, including the US and UK. According to the Baltic Startup Funding Report for 2021, startups in this region made more than $1.79 billion (€1 billion) during the second half of 2021 – triple the amount earned in 2020.

Estonia alone has created more startups and unicorns per capita than some leading countries in the field, such as Israel and the UK. At the beginning of 2022, the newest addition to the unicorns from the region became Veriff – an identity verification startup valued at $1.5 billion. The rise of VC investments in the Baltic region did not happen overnight. The beginnings date to the late 1980s, but the real development began with the establishment of Skype in 2003. Today it is one of the most famous telecommunication platforms, but few know that it was started in the Baltic region.

This company grew to be Estonia’s first unicorn, opening the path for an increase in the overall investment market, especially in startups and scaleups.

Between 2010 and 2019, the Baltic Private Equity and Venture Capital sector raised around $1.45 billion (€1.3 billion). 2019 was a record year with $529 million (€490 million), and even to this day, most of the capital raised is available for business opportunities and the growth of the Baltic region. It’s not a secret that the Baltics are an entrepreneurial region. This can be seen from the sole fact that Estonia has over 1 startup per 1,000 people, ranking at the top of all CEE countries.

The startup ecosystem of this country welcomed 121 new startups in 2021 and 2022, making a total of 1,301 companies that are at the threshold of development. What’s more, 4 companies made successful exits: AlphaChat, SpectX, GetID, and Icefire.

The increase in VC investments ensured that some startups entered the unicorn ranks.

Finally, Estonia got one more unicorn to its addition, making it the birthplace of 10 unicorns in total. The latest is Veriff and Glia, which surfaced at the beginning of 2022. This places Estonia as the leader among European countries in the number of unicorns per capita.

The Effect Of Angel Investors

The success of Estonia’s startups has slowly been flowing into Lithuania and Latvia, making the Baltic region stand shoulder to shoulder with the “startup nation” itself – Israel.

Thanks to these companies, there is an ever-growing presence of angel investors, some coming directly from the unicorns. This, in turn, increased the pre-seed rounds to a median of $431,000 (€400,000), whereas the seed rounds remained steady at $1.6 million (€1.5 million).

Angel investors are taking part as co-investors in many startups, while some go to the extent of funding seed deals themselves.

The Baltics’ Place In The CEE Region And The European Market A survey by EIF showed that VC investment in Europe is, even more, welcomed right now, compared to years prior to the pandemic. Venture capital investments in countries like Estonia, Romania, Poland, etc., have reached around $1 billion (€926 million).

However, although Estonia has the most investments per capita in Europe, it is behind in the VC funding value compared to the UK’s $970 million (€0.9 billion). Britain is also the leader in the number of unicorns and mega-rounds. Even based only on the startup sector, Britain’s (£29.4 billion) is about half that of the Baltic region.

This part of Europe whose economy is steadily growing. Estonia is taking the front, with Latvia and Lithuania following closely behind. As smaller countries compared to the UK, their growth is impressive. Some big VC firms have already started funding. For example, Specialist VC plans on finishing the second round of VC investments by the end of 2022.

Moreover, Estonia’s Startup Visa program plays a key role, letting more startups in and thus increasing VC investments. In 2020 alone, this system brought startups from 88 countries, signaling an expansion in the future of VC investments in the Baltic region.

Found this article helpful? Awesome! Then, check out the rest of our blog to read more articles on finance solutions, home decor, business tips, and much more.

About The Author David Kezerashvili David Kezerashvili is an early-stage venture capitalist with a special focus on technology companies. He has been quoted in various media outlets about the role of venture capitalists in guiding future company leaders to a successful path of developing breakthrough technology in the post-covid world. David is also a sought-after consultant, discussing topics such as the future of tech startups and how to build a successful business.

Step Up Your Social Media and E-commerce Game

7 Tips to Create the Perfect Business Model for Your Startup Read More
Table of Contents Hide 1: Ignoring Paper Trading2: Not Seeing Profit/Loss As A Percentage3: Have A Strong Trading…
IInvestment 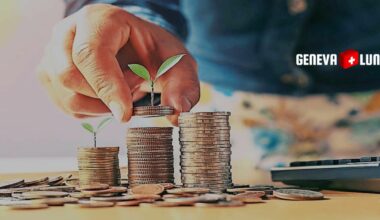 Read More
Table of Contents Hide Why Will Choose Natural Resources for Investment?GoldNickelUraniumLithium Mining is an attractive sector for investors…